Unfortunately after we moved into the new house, the cave became a dumping ground for anything and everything whilst we sorted the house out. 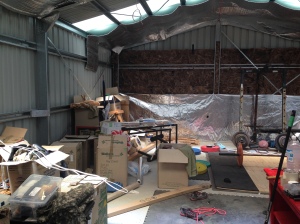 After playing a bit of Tetris, I managed to clear enough floor space to start building the flooring for the bar area. The plan is to have a slightly raised area of old wooden floor boards, with the bar at one end, and a stud wall at the other with a TV mounted into it. This first photo shows the bar area measured out and the perimeter masked up for sealing of the concrete under the wooden joists. Insulation has started going into the walls.

For the purists out there, you will have to forgive if my construction skills are not the best. This project is the first time I’ve tackled anything like this. The extent of my education has been a few Youtube videos.

Next job was sealing the concrete, as well as running a bead of silicone around the join of the slab and the garage walls. We had some heavy rains a week prior to the build commencing, and I noted water seeping in through the join, which would potentially destroy the wood in the floor if left unsealed. 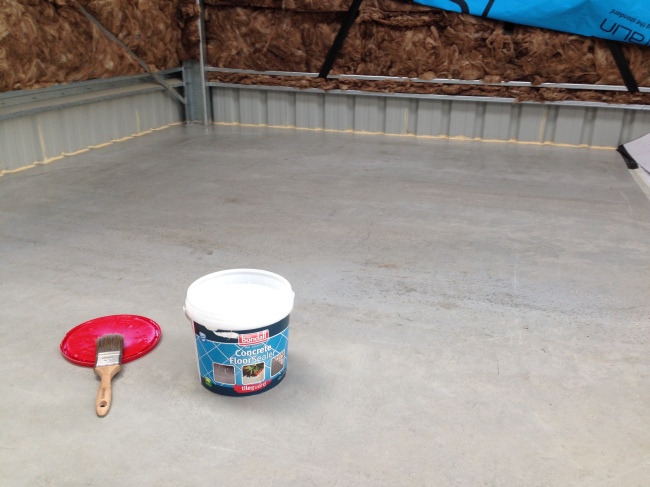 Next job was to build a perimeter for the joists to go between. I’ve used 90x45mm pine for the job.

Next it’s time for joists. I’m using Structaflor Yellow Tongue boards on top, and the manufacturer’s recommendation was for 600mm centres. 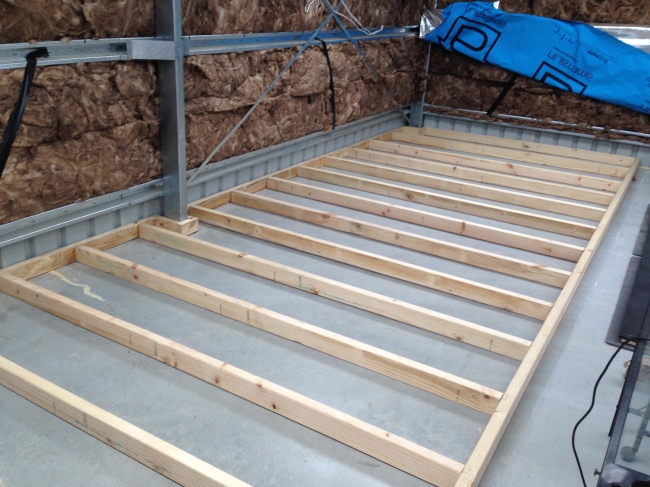 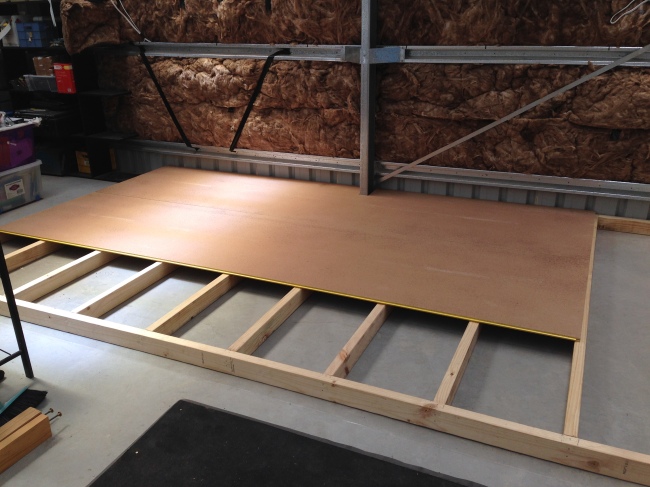 Right, so far, so good. The plan now is to start hunting for some nice vintage wooden floorboards to go on top. Until next time, thanks for looking. Cheers,